What Everyone Should Know About Environmental Estrogens 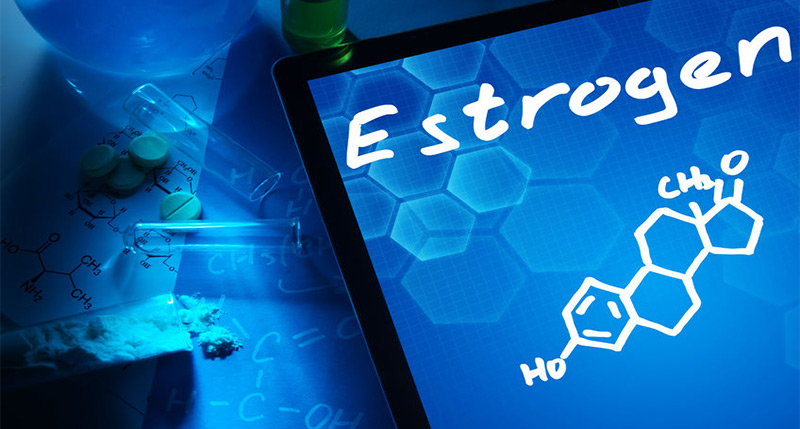 You probably know that estrogen is the “female” hormone that makes things like puberty and pregnancy possible, but did you know all humans—both male and female—need estrogen? It helps regulate bone health, metabolism and cholesterol.

In addition to the estrogen both male and female bodies produce naturally, we are also exposed to environmental estrogens. Many chemicals we come into contact with in our environment or food supply are known as xenoestrogens — “xeno” meaning foreign.  Although they are chemically different than the estrogen we naturally produce, our bodies tend to react to them similarly. Therefore, depending on exposure levels, we can suffer the effects of excess estrogen.

So where are all these xenoestrogens lurking? Sadly, everywhere. First, take a look at the most common non-food sources of xenoestrogens, and ask yourself how many of them you have in your home right now.

Aside from the BPA in your plastic water bottle or the parabens in your lipstick, there are many sources of estrogen in our food. In addition to xenoestrogens, which are manmade, some foods naturally produce their own estrogen. These are known as phytoestrogens. Here are the biggest food sources of unwanted estrogen:

Now that you know the sources, let’s talk about the effects. Just how bad is all this excess estrogen lurking in our food, our water and our plastic cups? Xenoestrogens are known as endocrine disruptors, which means they interfere with hormone biosynthesis and metabolism. This can have adverse effects on developmental, reproductive, neurological and immunological systems in humans and animals.

One of the biggest concerns with endocrine disruptors is that exposure to a fetus or infant can have lifelong damaging consequences. This can include everything from stunted fetal growth, improper development of the male reproductive tract, impaired neurological development, and even obesity. It has also been shown to encourage early onset, or “precocious,” puberty in both boys and girls as young as age seven. Research shows there may be a relationship between precocious puberty and the amount of xenoestrogen children are exposed to.

While the large incidence of endocrine disruptors in our everyday environment is alarming, there are some common-sense steps that can greatly limit your exposure to xenoestrogens. Make sure you check out our next blog post to learn what you can do to protect the health of you and your family.