What are GMOs and how do they impact us? 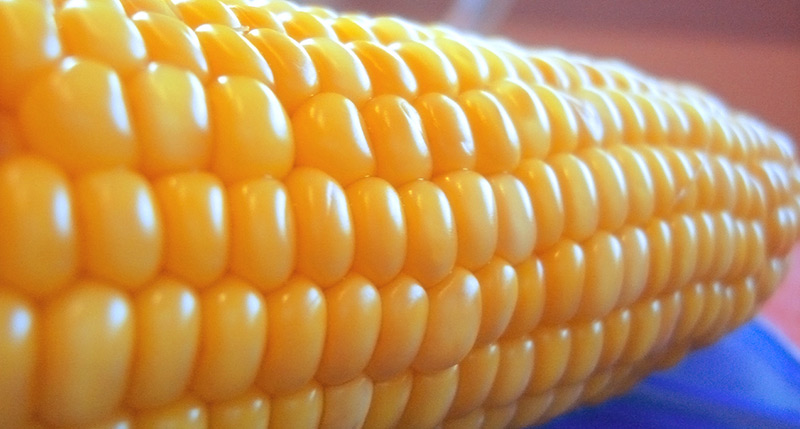 A genetically modified organism―or GMO―is a plant or animal that came into being as the result of artificial manipulation of DNA or “gene splicing” in a lab rather than naturally from traditional crossbreeding propagation. Genes can be spliced from other plants, animals, insects, humans, bacteria or viruses to transfer desired features from them to the GMO organisms.

The first GMO food appeared in U.S. grocery stores in 1994: the Flavr Savr tomato. It was engineered to delay ripening so that it had a longer shelf-life.

GMO organisms like the Flavr Savr tomato exhibit genetic properties that don’t appear in nature. For example, they can be engineered to survive circumstances such as extreme drought, direct applications of weed-killer, or to produce more edible fruit or vegetables per plant. By mixing the genetic material of different plant species, scientists have developed virus-free papayas, drought-tolerant corn, apples that resist browning and potatoes that don’t bruise.

Sounds great, right? Well, on the surface, yes. However, despite industry intentions, there isn’t much evidence that the genetically engineered foods have offered any consumer benefit such as better nutrition or increased yield leading to less expensive fruits and vegetables at your local grocery store.

Are GMOs linked with health problems?

Some environmental and consumers’ rights groups have found evidence linking GMOs with increased health problems, and environmental damage such as increased herbicide usage. While there isn’t yet any direct evidence linking GMOs to specific health problems, food allergies have skyrocketed since GMOs were introduced in 1994 and other disorders including autism, chronic illnesses, digestive problems and reproductive disorders have been on the rise.

By far the most prevalent modification in GMOs is one enabling plants to tolerate a direct application of weed-killer sprayed onto them. Some GMOs are engineered to produce biopesticides internally, killing the pests that plague them.

As a result of having crops that can withstand herbicide, use of the weed-killer Roundup has increased by about 15 times since 1995 to minimize the amount and number of weeds in crop fields. It’s no coincidence that Monsanto, the agricultural multinational conglomerate that makes the weed-killer Roundup, sells “Roundup Ready” corn, cotton and soybeans to farmers, at great cost.

The huge doses of toxins being sprayed on food crops as a result of herbicide-tolerant food crops do present a problem: the World Health Organization has determined that glyphosate, the active ingredient in Roundup, is “probably carcinogenic to humans.” In addition, new superweeds have developed that can resist Roundup and require increasingly stronger and therefore more toxic herbicides to control them.

How do GMOs impact the environment?

The increased use of weed-killer harms insects, birds, amphibians, soil organisms and marine life and ecosystems. In addition, more toxic herbicide residue is being found on GMO foods. These have been linked with hormone disruption, sterility, birth defects and cancer.

That leads some consumers to err on the safe side and avoid GMOs when possible, since there aren’t any credible, long-term studies on the safety of consuming GMO products.

Are GMO foods labeled as such?

While more than 60 countries around the world require food producers and manufacturers to label GMOs, including all European Union countries, Australia and Japan, the U.S. has no such requirement. How then, can you avoid these products?

GMOs are in a lot of food that we consume daily. A brief list of some of the crops most likely foods to be modified include corn, alfalfa, canola, cotton, papaya, sugar beets, zucchini, yellow squash and soy. The most common GMO animal products include eggs, honey, meat, milk and gelatin.

Think you don’t eat enough of those products for GMOs to be a problem? Consider that most of the sugar produced worldwide originates from sugar beets, and that corn is often “hidden” in products under aliases including high-fructose corn syrup, maltodextrin, dextrose, corn starch (sometimes called vegetable starch), sorbitol and corn syrup. Corn is found in products such as gravy, meat, mustard, chewing gum, prepared foods, soups, canned vegetables, salad dressings, cereals, carbonated beverages and cheese spreads. In short: it’s pervasive!

How can I avoid GMO foods?

Your best bet for avoiding GMO foods is to buy and eat whole, fresh, unprocessed foods that are marked “USDA organic” or “certified organic.”

However, food producers who use non-GMO labeling specifications do so using what amounts to an honor system: a food’s GMO status isn’t verified by the U.S. government. It’s frustrating that claims of “GMO-free” and “non-GMO” can’t be supported scientifically through any testing protocols.

There is a ray of light: the nonprofit Non-GMO Project is an organization that independently certifies specific products and foods. The organization has certified more than 1,900 brands as being produced using best practices to avoid GMOs. Finding a “Non-GMO Project Verified” seal on food you purchase and eat may give you some peace of mind.

So far, science claims GMOs won’t harm us. However, there’s plenty of opportunity for additional studies to verify whether GMOs impact allergies, could precipitate genetic changes, or may cause other harmful effects. Since it’s too soon to tell, the long-term impact of genetically modified foods and organisms on the human race remains unknown.